She’s been the oracle for less than a month and she’s already angered the gods. If she doesn’t meet fate’s demand, all of Havenwood Falls will suffer.

Lana Velis always knew she might one day inherit the powers and duties of the Oracle of Delphi, but the inheritance arriving in the middle of her last-ever college final wasn’t something even she could predict.

With a power she never wanted and her testy cat, Lana must leave her best friend behind and make her way to Havenwood Falls to take over the never-ending petitioner list her ya-ya left behind. If only it were that easy. Now, not only is she saddled with a guardian she has no interest in having, but she’s also forced to live with him.

And the hurdles keep coming. First, Lana must convince the Court of the Sun and the Moon to honor her title as the sacred oracle. Then she’s bound by the laws of the gods to never tell someone’s future if they aren’t on her list—a law she struggles with, especially when she sees an unfathomable future of a little girl.

Now the gods are angry, and the Fates demand a soul in place of the one she stole—or all of Havenwood Falls will suffer the consequences. Lana must choose a soul to sacrifice, because in the end, Fate will always get its due. 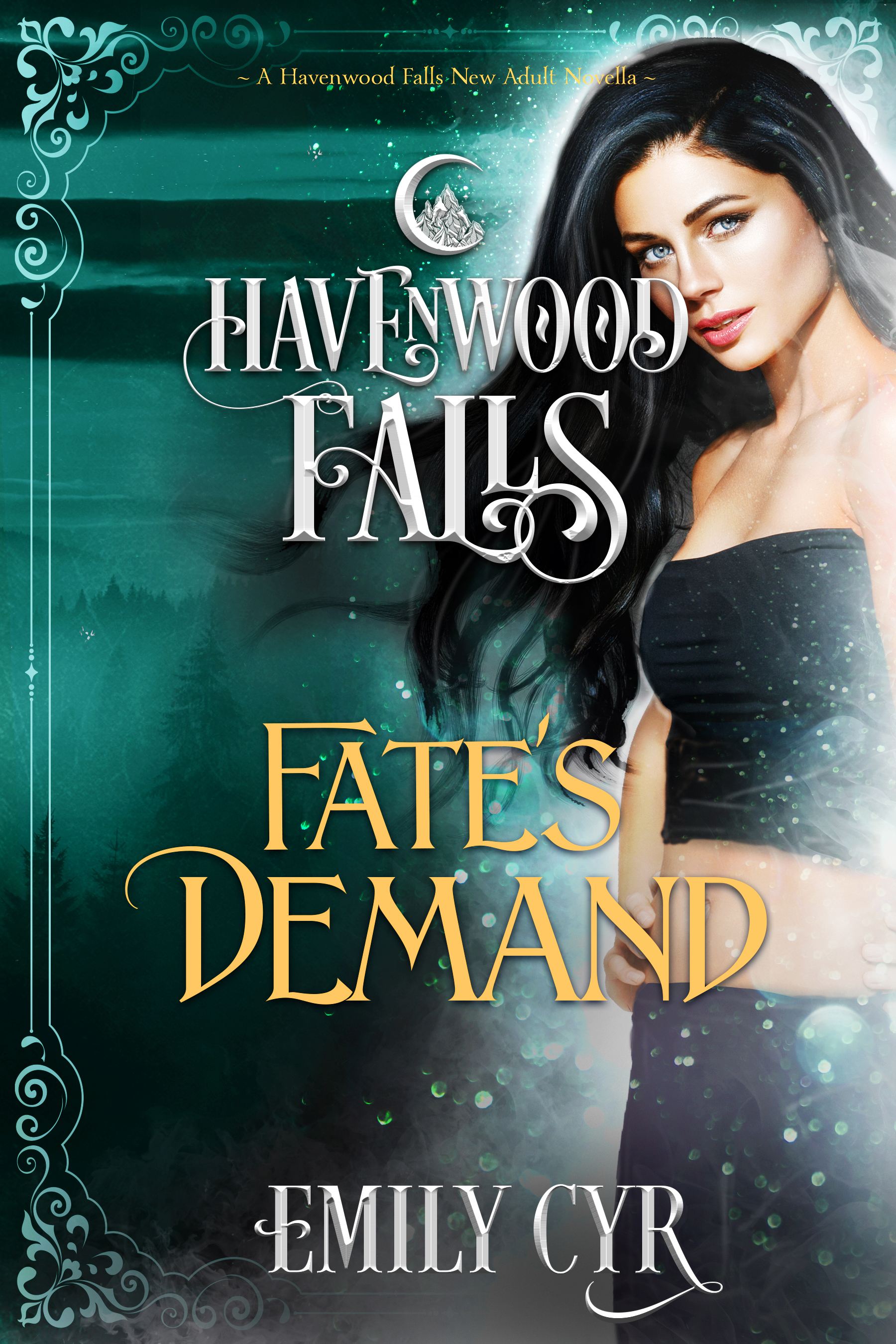 This is a stand-alone romantic fantasy tale in the Havenwood Falls shared world. Havenwood Falls is a collaborative effort by multiple authors across multiple series all in the paranormal fantasy genre, allowing readers to discover new authors and stories to fall in love with. Each author brings a stand-alone plotline, so they can be read in any order.