Legends of Havenwood Falls Volume One

Every town has stories of its past, and Havenwood Falls is no different. And when the town’s residents include a variety of supernatural creatures, those historical tales often become Legends. These are but three …

Lost in Time by Tish Thawer

Three sister witches escape the Salem witch trials when the eldest casts a spell that sends their souls forward in time. Separated by unknown forces, their soul journeys place them into new lives, causing two of the three Howe sisters to end up in an unforgiving mountain range in the early 1700s, where they come face-to-face with a native tribe living in a secluded box canyon. Forced to shift their focus from their lost sibling, the girls quickly realize they’ve been trapped in a time loop and now must face the tribe whose end goal remains to be seen.

Dawn of the Witch Hunters by Morgan Wylie

Witch hunter Marie Blackstone has always planned to follow in her mother’s ways, learning to control her power and live at peace with their coven neighbors. Dante Blackstone has craved power from a young age. After the death of his and Marie’s mother, his hatred for the witches grows into madness. Seeking freedom from her brother’s vendetta, Marie joins other supernatural beings as they set out in search of a new home and a new way of life. But he won’t let her go easily—even if that means eradicating any witch who gets in his way.

Gregory and Charlotte left their lives as pirates behind to huddle in a tinker’s shop, building fantastic creations powered by steam and aether. Fifteen hundred miles inland from the ocean they once called home, they seek a quieter, safer way of life in the mountains of the Colorado territory. Fixing their neighbors’ watches, creating beautiful and unique gifts, and helping to protect the burgeoning town is how they hope to make up for their past life of misdeeds. Becoming a target of a crazed fae was not part of the plan. 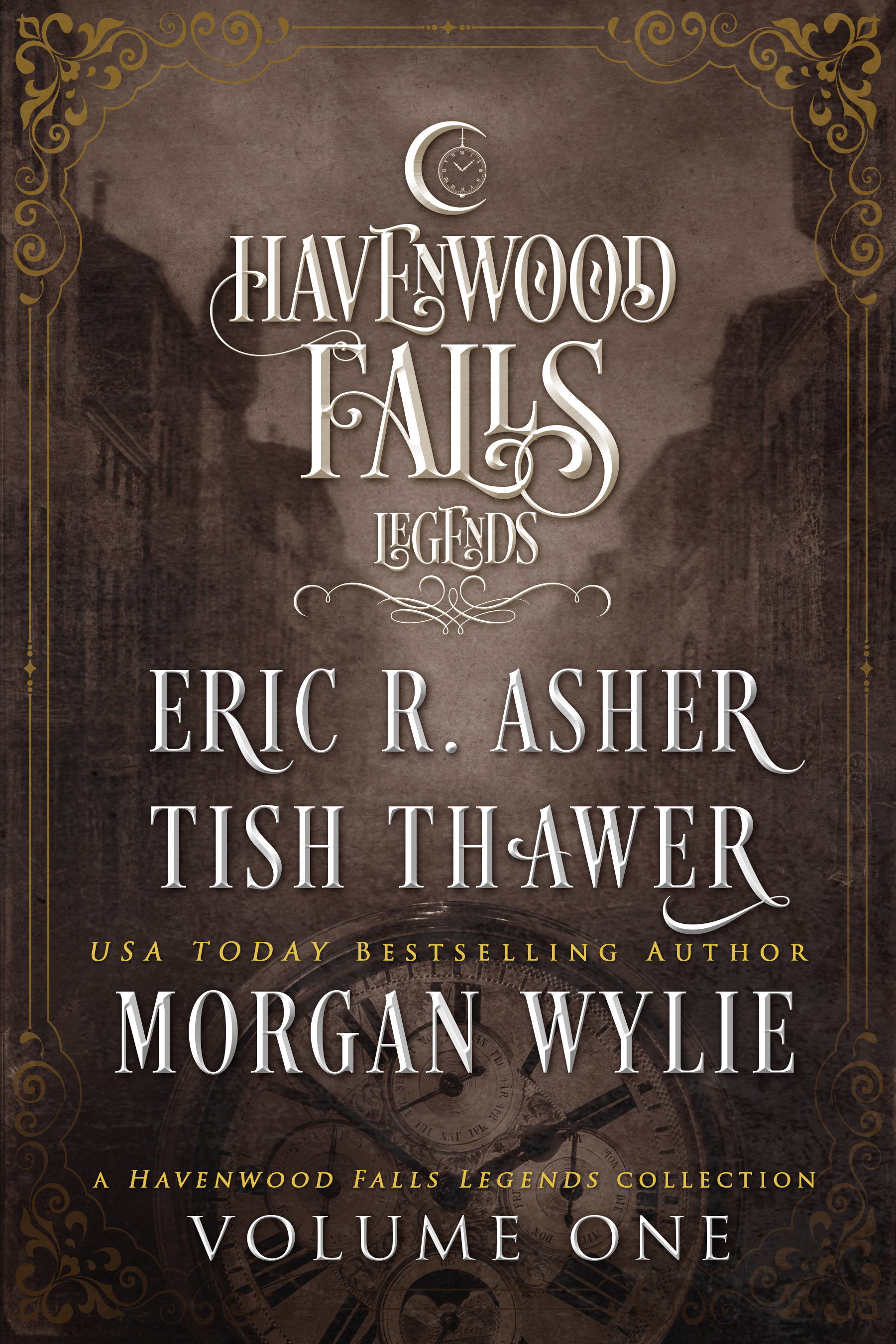