Amazon US | Amazon UK | Read it free on Kindle Unlimited

What do you do when Death is in love with you?

Monte Tayute, laid-back biker and skilled computer hacker, has been haunted by visions of a gorgeous woman in black. It’s an endless dream with the two meeting on a dark road at Samhain. Nothing the nagual shifter tries seems to rid him of the constant image now playing havoc with his life.

In a different realm, Pandora is having her own reoccurring vision. Hers is of a man who rides a motorcycle on a lonely road. The Shinigami—a death spirit of the Japanese underworld—doesn’t want hers to stop. On the contrary, Pandora wants to know if the man is real.

When life meets death, the sparks fly. Monte allows Pandora to experience pleasure and love for the first time. Unfortunately, there’s an entity who’s been waiting on Pandora for over a century, and he’s not playing around.

Pandora doesn’t know that she’s supposed to become Death’s consort, and Monte isn’t ready to give her up.

It all comes down to a game between the shifter and Death. If Monte plays the cards right, he might cheat Death and keep Pandora. Fail, and Death will be the only one happy. 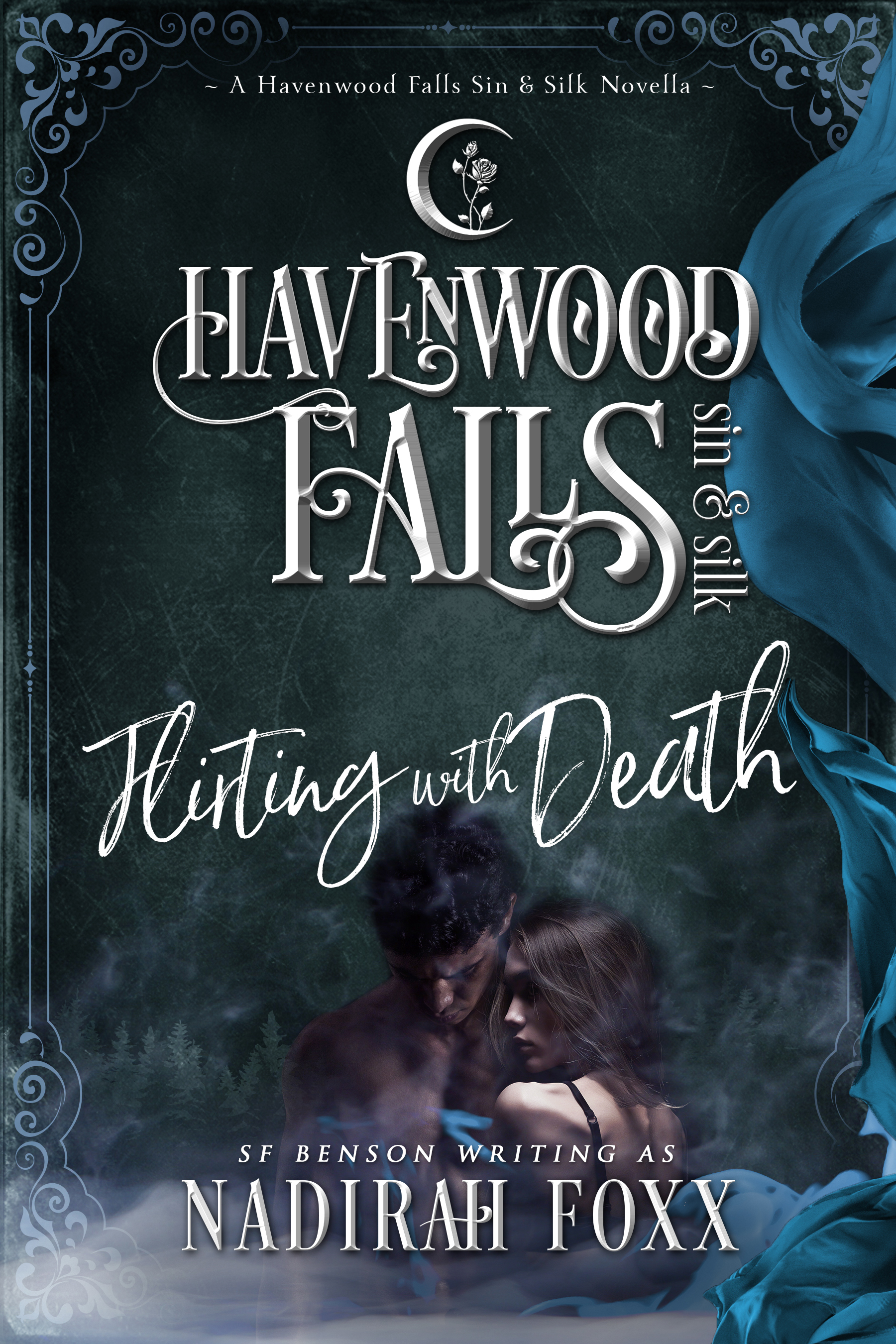 Books by Nadirah Foxx in the Havenwood Falls universe:

New books are released every month.