Three steamy paranormal romance novellas (Books 7-9) in this multi-author series showcasing the darker, edgier, and sexier side of Havenwood Falls.

Tied since birth to a darkness that longs to break free, spiritual psychic Harper Sinclair fights a never-ending battle with demonic spirits. Her only relief comes from the fallen angel for whom she’s long ignored deep feelings. Elias Jamison lost his place in Heaven when he chose his friends over his creator. He fell, but he is not lost. For centuries, Elias maintained his innate goodness, fought against evil, and protected those in need—except for one. Grief-stricken, Elias pushed his loss aside for over a hundred years, but the deeper his feelings grow for Harper Sinclair, the deeper old guilt digs in.

Mavis LeGrand is content in the mountains of Colorado with her incubus fiancé, Cameron, and things seem to be going well, but she knows behind the picturesque town and smiling faces, an evil lurks. She throws herself into finding a way to get Cameron’s soul back from her soon-to-be father-in-law. But with a strong feeling of malice lingering over the town like a dense fog, Mavis can sense that she’ll soon be in for a fight. Evil has no place in Havenwood Falls, and she’ll be damned if she lets anyone or anything hurt the town or the ones she loves. 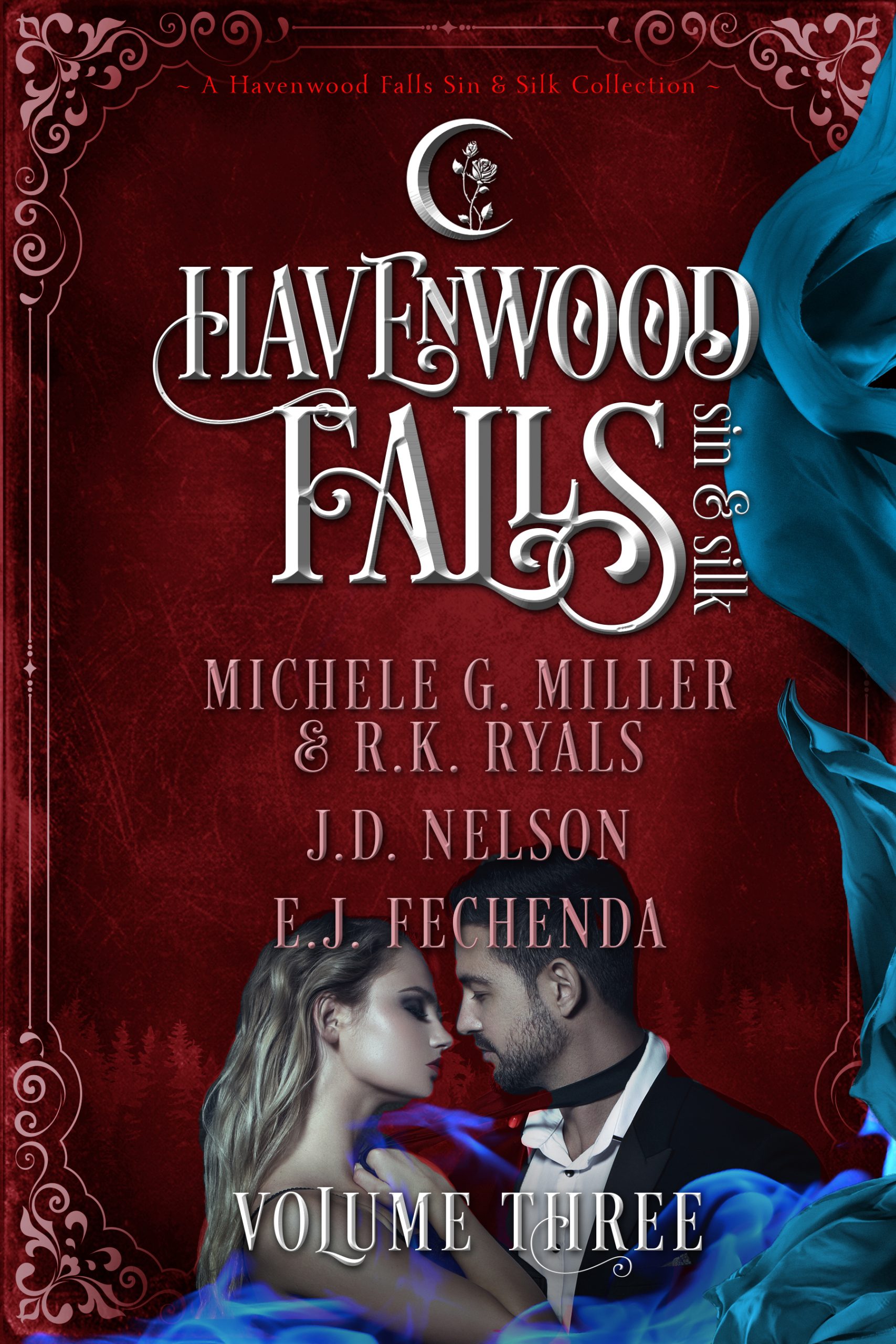 Stray With Me by E.J. Fechenda

As a descendant of a founding family of Havenwood Falls and granddaughter of their coven’s high priestess, Harlow Augustine’s been raised to adhere to certain expectations. Dating a biker is the exact opposite of those. At first, it’s an act of rebellion. Ryker Pride is like a forbidden fruit. Where she has deep roots in town and a big family, Ryker is an orphan lion shifter who grew up on the streets. His family is the SIN MC—“thugs and outlaws,” according to her grandmother. When tragedy strikes, Harlow makes a rash decision and quickly learns that her magic has deadly consequences.