Release Day for A Demon’s Redemption 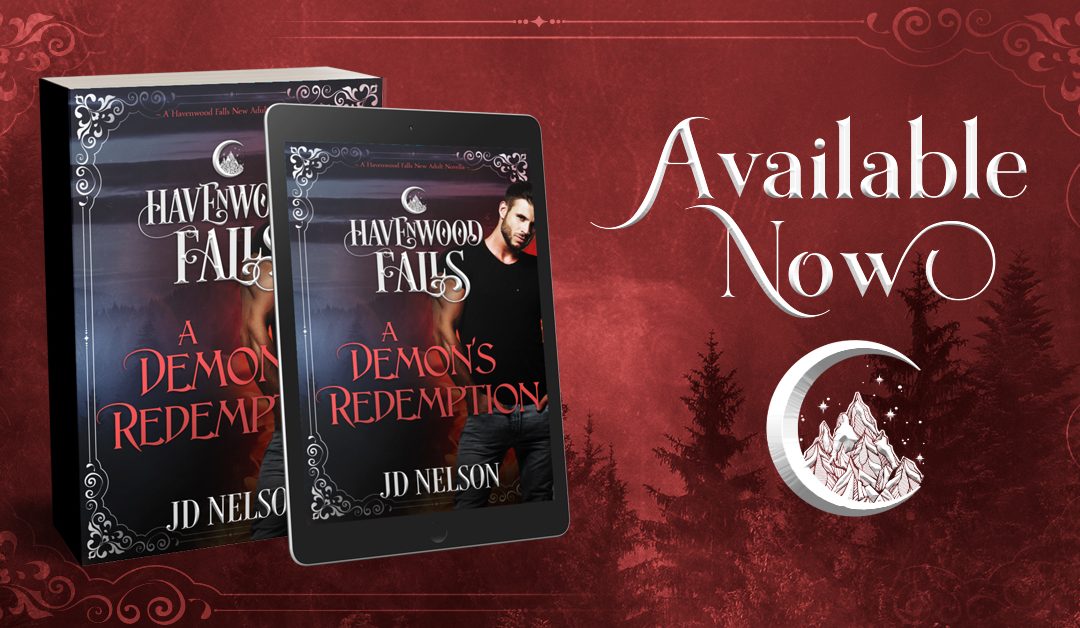 A Demon’s Redemption, a Havenwood Falls novella by JD Nelson, is now live! Although it can be read as a stand-alone, it also ties in with Plans Laid Bare and Soul Laid Bare, in the Sin & Silk series. It’s currently specially priced for release, but will go up soon and move to Amazon exclusively, becoming available in the Kindle Unlimited program in a few days.

How far are you willing to go to win back the person you love? For someone as desperate as Rayonus, the answer is pretty damn far.

For six hundred years, demon Rayonus Rixa has used the threat of his destructive power to fund his nomadic, mercenary lifestyle and hasn’t had the time or inclination to care about someone other than himself. The day the demon hierarchy tasked him with a job unlike any other, that all changed, and in turn, he changed. Whether that was for the better was debatable until the moment he met the person who made him stop in his tracks.

Penelope Osbourne was unlike anyone he had ever met. Sassy, beautiful, and a little crazy for her favorite TV angel, he knew she would be it for him. In Penelope, he had finally found a future that didn’t include death or general mayhem. And then, in typical demon fashion, he promptly screwed it up ten ways to Sunday.

With nothing left to lose, Rayonus sets out to do the impossible by any means necessary, and if that means he has to become a model citizen of Havenwood Falls, then that’s what he’ll do. For her, he will do anything.

Join us we celebrate the release this evening with a virtual party, 6-10 p.m. ET in the Havenwood Falls Book Club on Facebook.