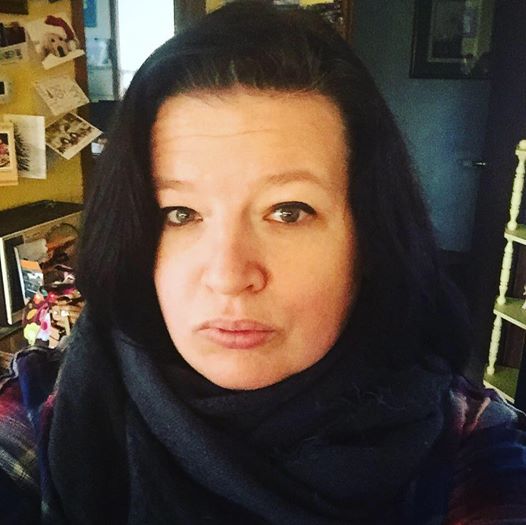 HAVENWOOD FALLS – This week for Author Invasion we are spending some time with author Colleen Nye. Nye has written Hidden Truths, a Legends of Havenwood Falls Novella, which released on Friday, April 5. Some of Nye’s other works are When in Maui (a comedic romance), The Pull (paranormal) and several more.

Colleen has taken some time to answer
some of our questions.

What is a book that has inspired you?
SO many books have inspired me. BUT I’d have to say Blood Music by Greg Bear as well as all of Cassandra Clare’s Shadowhunter world books have been ones I’ve not only enjoyed but have found inspiration in. Also, I read a ton of Dean Koontz as a teen, and his books sparked my imagination thoroughly.

What has been your most favorite vacation, and have you written it in any of your books?
I have traveled a lot in my life, but my trip to Europe had an effect on my soul. Yes. Nothing released yet, but I can say that each of the 5 countries I visited have found a way into different books I have started.

How to you come up with character names?
Character names are always something that I struggle with. Maybe not struggle with but take seriously. I try each name choice on and think of nicknames, how it fits a character, and how a reader from various dialect and language backgrounds would pronounce it.

What is your go-to genre to read?
I read a lot of supernatural or paranormal books and some horror.

I have book 2 of The Manifest Experiment as well as a standalone called Mason’s Jars, both in the works. I would love to say that they will both be out by the end of the year if things go as planned.

Thank you so
much Colleen for taking the time for this interview.

Colleen’s novella Hidden Truths released Friday April 5, 2019. Get yours now for only 99c before the prices goes up. Please consider leaving a review when you are finished.

Colleen Nye is a Detroit, Michigan, based author who has gone from poetry to content writing, movie reviewing, press releases, short stories and everything in between. Settling on the art of the full length novel, she published her first in 2012, a romantic comedy entitled When in Maui, book one in The Unattainable Series. Her second novel, a dystopian tech thriller named Immersion was released May 2015. Since then, she’s released several books in a variety of genres, including The Long Summer, Letters to Cora, books two & three of The Unattainable Series, book one of The Manifest Experiment series, The Pull, as well as written the biography of Alonzo “Chacho” Gomez in his book From Pen to Page. She has also been featured in a number of anthologies.

Colleen has won several awards for her short stories and poetry since she was a teen. Her novel Immersion won an award for “Most Intense Scene” at the ChapterCon awards in London, England in 2017, and When In Maui was listed as a B&N best selling book on Mother’s Day weekend in 2014.

When she’s not working on her next novel, Colleen is a corporate
merchandiser as well as does a variety of author services, including book
formatting, covers, trailers and more.