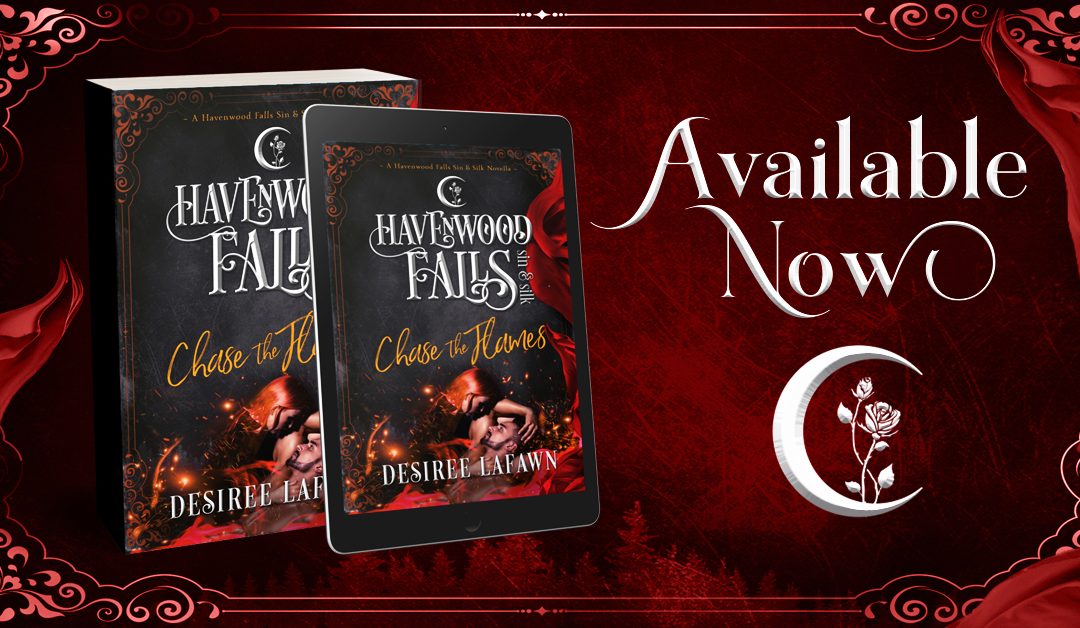 He came for his mate. She can’t fathom the idea of it. But the gods’ will always wins.

Chevy Walker didn’t come to Havenwood Falls to spread his wings or find a safe haven. No, he followed the natural instinct and the scent of his mate. He’s got the bloodline, the power, and the money to make men and women fall at his feet, so why can’t he bring one willful woman to heel? Chevy can play the nice guy. He hasn’t broken the rules once—but even nice guys have their limits.

Hannah likes men, but not well enough to give up her freedom. Not like her ancestor, River, who had her power locked away in an amulet by a dusty old vampire. Hannah has her life in order and control of the heat and flames. She might not know the origins of her power, but she knows her future, and it does not include a cocky, controlling stranger—no matter that his voice gives her chills or how delicious he smells.

But Chevy’s lineage could be the key to filling in the blank spaces in Hannah’s history. She can choose to accept him as her mate willingly, or she can allow the madness to consume her until there’s nothing left of either of them but a spark. For that seems to be the will of the gods.

Join us as we celebrate the release in the Sin & Silk Book Club on Facebook, 6-11 pm ET tonight.