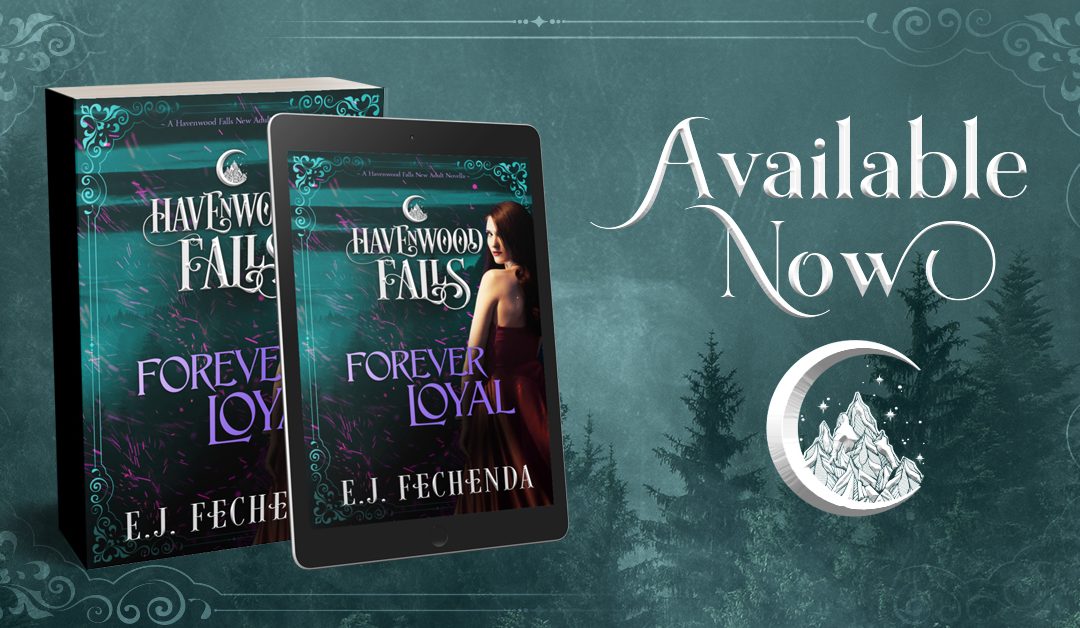 It’s release day for Forever Loyal, a Havenwood Falls novella that’s the sequel to Fate, Love & Loyalty, both by E.J. Fechenda! The first book in this duology was one of the stories that kicked off the Havenwood Falls series and it’s been a long time coming that you found out what happened to the McCabe sisters. Now you can!

Special release price of only 99c!

In this sequel to Fate, Love & Loyalty, this mountain lion shifter’s family is reunited—and her loyalties divided.

After a shifter cat fight in the middle of town two years ago, Aster McCabe and her sister, Reeve, were banished from Havenwood Falls. All memories of their hometown removed by a protective spell, the sisters have lived a settled life in Denver with their mates. But their world is rocked when Reeve’s infant daughter is kidnapped, and just days later, their parents show up on Aster’s doorstep. Parents they don’t remember.

With her niece in danger and the Denver Mountain Lion Shifter Den in turmoil, Aster doesn’t have time to process her restored memories of a life she had forgotten. And according to her parents and the entourage of supernatural friends they brought with them, she only has 28 days before she loses those memories again. But finding her niece comes first.

The search takes the group far from Denver, and along the way, severed bonds begin to heal. As time counts down, Aster needs to decide if she wants to go back to the town that threw her out and fight for Reeve to be able to return home too, or if it’s better to forget Havenwood Falls once and for all.

Join us as we celebrate the release in the Havenwood Falls Book Club on Facebook. Many authors and their characters will be dropping in with fun and giveaways.