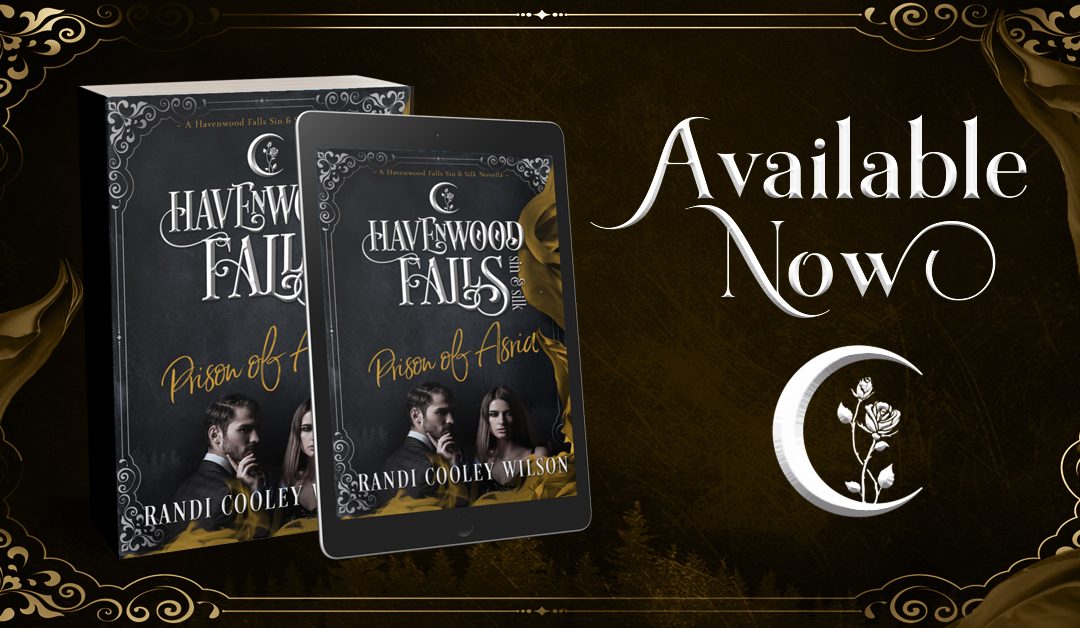 It’s release day for Prison of Asria, a Havenwood Falls Sin & Silk novella by Randi Cooley Wilson, featuring one of our prominent Court members – none other than Roman Bishop. Get the dirt on him with this seductive tale where the sultry Qadira just might get the best of him.

Note: For the most enjoyment out of this story, be sure to read Trapped Within a Wish and Released From a Curse, both by Brynn Myers, and Covetousness and Gypsy Heart, both by Randi Cooley Wilson.

Available Now for only 99c!

He’s dark and ruthless. She’s powerful and seductive. Together they’ll bring each other to their knees.

Roman Bishop stops at nothing to get what he wants. As a powerful mage, he thrives in a dark and wicked world. A world he controls. A world where his power reigns. But deep within, he is flawed and damaged. Only one woman has been able to break through the darkness that shadows him, but Jenni Ravenal is dead. Now, Roman wants revenge.

Qadira Wade has been trapped in an ancient artifact for her protection, an object that over the years has eluded Roman—until now. With the Prison of Asria in his possession, he will gain absolute power. Moreover, the alluring djinn imprisoned within is his for the taking. The last thing Qadira wants is to help him seek revenge, but her heart and fate have other plans

It’s well known that no one can tempt Roman Bishop’s hardened heart, but Qadira’s beauty and power are reawakening his dark desires. A deep passion ignites between them, and Roman discovers he wants something even more than vengeance—he wants her. When he sets Qadira free, though, the temptress just might be the one thing that brings the ruthless mage to his knees.

Join us in the Sin & Silk Book Club on Facebook this evening as we celebrate the release of Prison of Asria with a virtual party. Many Havenwood Falls authors will be dropping in with their characters, offering fun and giveaways. It starts at 6 p.m. ET, but you can come any time.